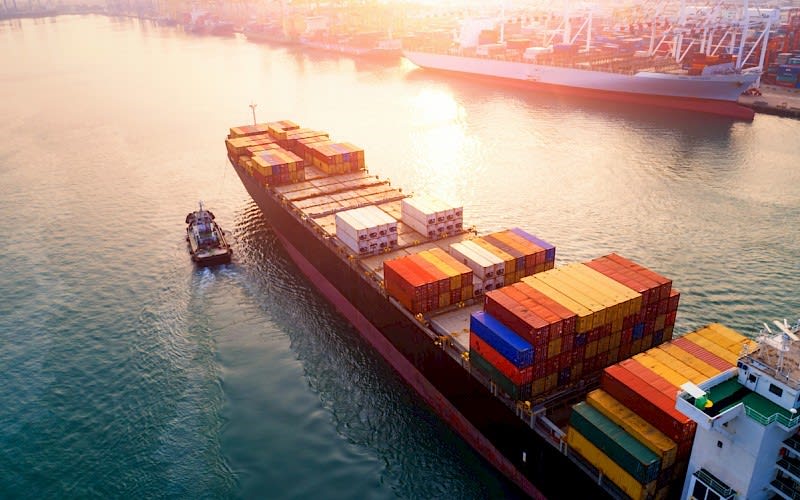 Sea Freight From China To USA 101

For international shipping, sea freight from China to USA is one of the safest routes available. All major shipping lines have service contracts to provide flexible service and adequate space allocations. Regardless of whether you're shipping FCL (Full Container Load) or LCL (Less than a Container Load), Door-CY, or Door-Door, you can count on us and our worldwide network of partners to get your valuable shipment to its destination on time and in good condition.

Sea freight from China to USA

LCL: Less than a full container, you can carry maritime freight as a less-than-container load for smaller goods. If this is the situation, your freight forwarder will consolidate it with other shippers' goods and contract with a carrier to deliver it in a container from China to the United States.

FCL (full container load) sea freight from China to the USA is less expensive than LCL shipping for large shipments to fill a shipping container. An FCL shipment indicates that just the contents of your shipment will fit in the container. To make matters even better, you won't have to deal with the hassles of cargo consolidation and deconsolidation. We talk more about these two in the following.

Clearance of Customs in China and the United States 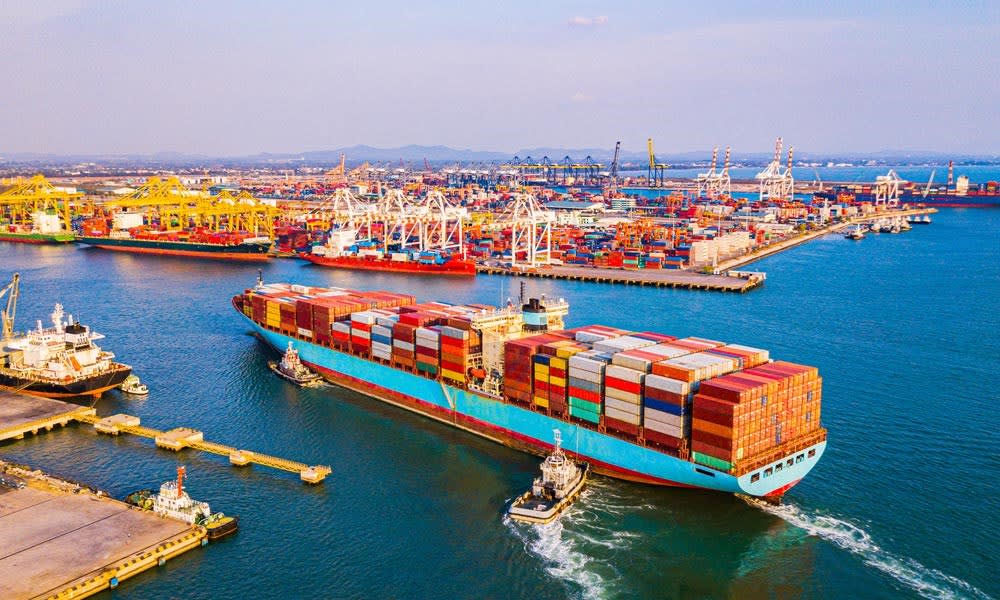 The customs clearance process for exports and imports can appear convoluted, and it is in many situations. Sea freight from China to USA has to deal with this issue at some point. When dealing with foreign business transactions, all parties involved must be prepared for the possibility of customs delays.

Customs processes are not the responsibility of your carrier. Of course, the cost of using a freight forwarder will be paid for. Even so, your company must retain accountability for a few steps. Accurate information and accompanying documents are among the requirements.

When going for sea freight from China to USA, customs officials in both nations will typically demand that the following paperwork accompany the shipment: 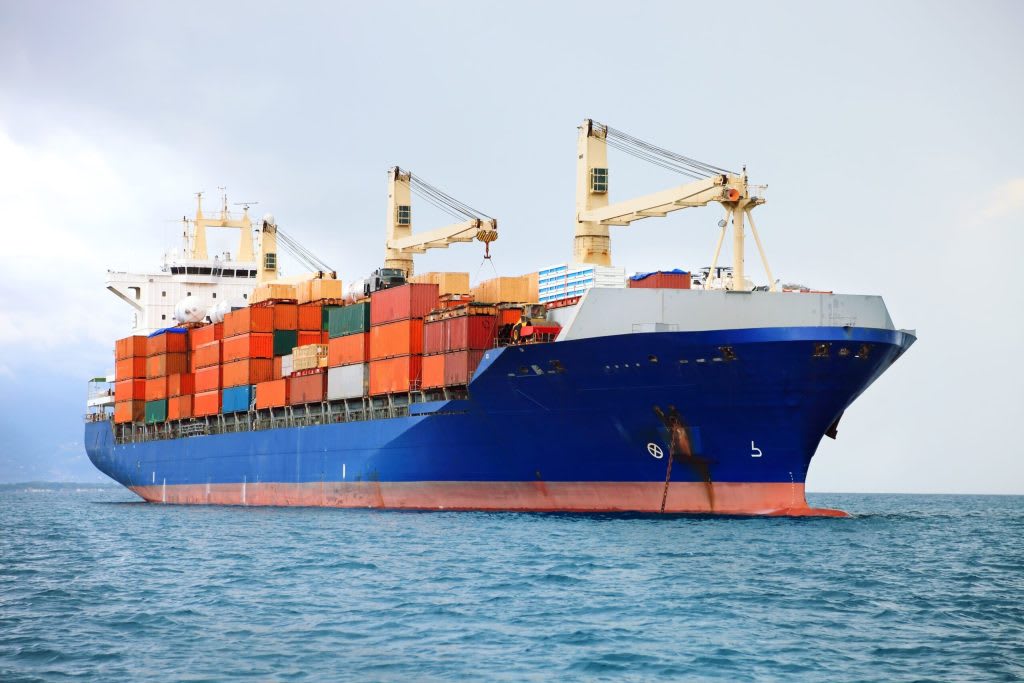 If you don't mind the longer transit times for sea freight, it's the most cost-effective option for sending goods from China to the United States.

Packing your goods for sea freight from China to USA often involves placing them in a shipping container, either with those of other shippers (as in the case of LCL shipment) or in a sealed compartment (FCL shipping). You'll need a port in the United States with container-handling facilities in either situation if you're shipping cargo there. China's container ports are the best option for shipping your goods.

Both countries have plenty of container ports to choose from. Consequently, you should have no problem finding a route that minimizes domestic transit. When you work with a freight forwarder, they can assist you in determining which ports are closest to the supplier and the recipient.

Your company may be responsible for some or all of the transportation of your consignment, depending on the applicable Incoterms. Because of this, you'll need to select if you want a service that goes from port to port or door to door. For both LCL and FCL shipments, several forwarders provide a range of choices.

When shipping a small cargo, LCL sea freight from China to USA is likely to be the most suitable option for you, as long as it doesn't take up more than a quarter of a 20-foot container. If your forwarder can consolidate a 40-foot unit, you can use LCL shipping for a larger load. A full 20-foot container load, on the other hand, would be more expensive. Sending most of your items in a 20-foot FCL and the remaining in an LCL may be less expensive.

Before deciding on LCL sea freight from China to USA, you should ask yourself the following inquiries:

Can other shippers' freight fit into your shipping containers, and if so, is it safe to do so?

Is it okay with you if the trip takes a little longer?

Is your cargo able to withstand the LCL shipping process's high level of handling?

Does your timetable have some leeway? Arrival timings for LCL flights are subject to sudden change.

An FCL shipping service may be a better option if none of the above questions apply. This is true even if your items do not fill a whole container.

As a result of FCL shipping, you won't have to be concerned about the weight and dimensions of your package. If your shipment does not exceed the container's maximum dimensions (length, width, and height), none of these considerations will affect the price. However, you must foot the bill for container rental and delivery. Because of this, if you're unable to fill the container, you'll likely need further justifications for going with FCL rather than LCL.

FCL is a good option in terms of sea freight from China to USA in the following circumstances:

When you need to keep your cargo sealed in a container from point A to B.

When delays or problems caused by other shippers, such as leaking, infection, or customs irregularities, are something you will not tolerate as a risk.

Your freight is less likely to be damaged or lost if the container and its contents are handled little.

Both the shipper and the recipient can handle a full container for loading and unloading purposes.

When at least half of the container's interior space is taken up by the transported contents.

How much does it cost to ship goods by boat from China to the United States? 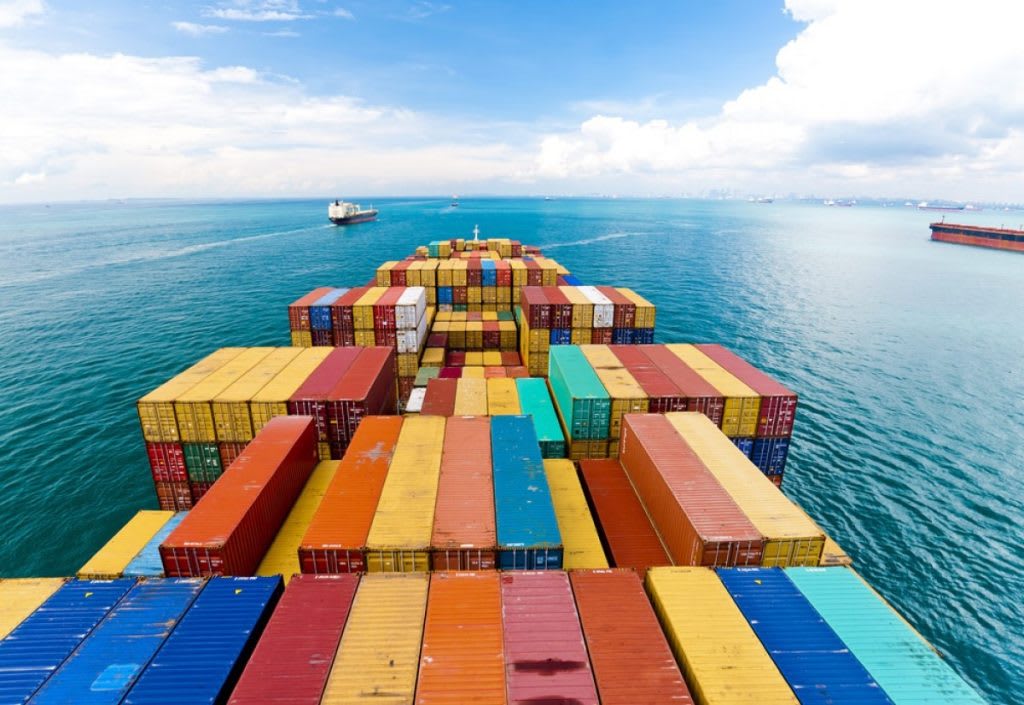 Many factors influence the cost of maritime freight, and each carrier and freight forwarder sets their rates, which might be more or lower depending on the volume being transported. Because of the international "equivalence rule," the volume of your shipment is more important than its weight. You don't have to worry a lot about the weight when maximizing room.

According to the sea freight equivalence law, "1 t = 1 CBM" is the weight/volume ratio.

The weight/volume ratio method is used to compute the basic rate in the LCL option. The tariff is calculated based on the highest weight, also known as "chargeable weight," resulting from this ratio.

There is a flat charge for each container in the FCL option. However, it depends on the size of the container and whose carrier is providing it.

Ports of entry for sea freight from China to USA 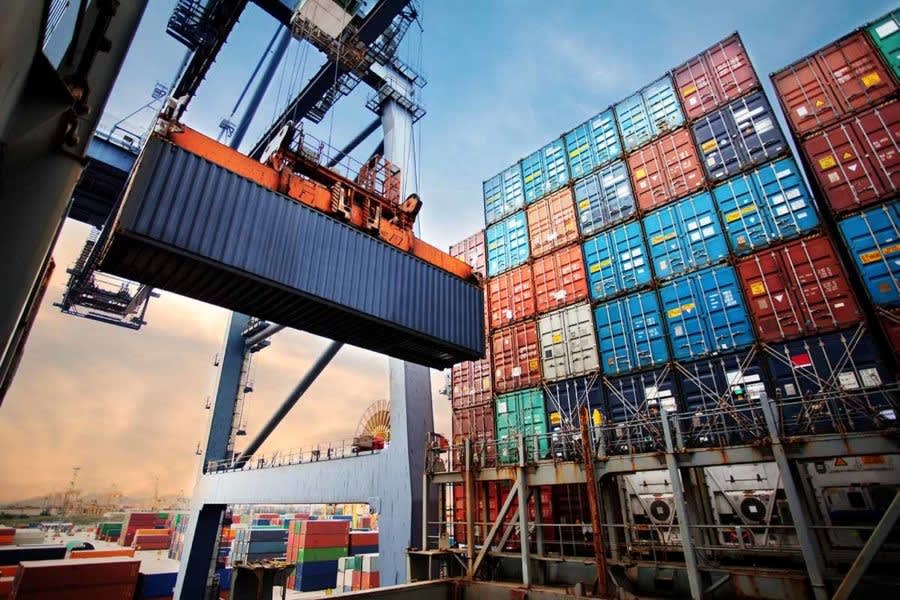 Over the previous 15 years, China's exports have grown exponentially. In 2014, imports were $1,960 billion, or 18.3 percent of GDP, a staggering increase. To deal with this constant influx of commodities entering and exiting the nation, China's coastline is being outfitted with an increasing number of modern commercial seaports.

Shanghai International Port, a public enterprise controlled by the Shanghai Municipal Government, currently manages the city's port. As of 2014, it handled more than 35 million TEUs per year, making it the busiest commercial port globally since 2010.

There are three ports here: Wusongkuo, Waigaoqiao, and Yangshan, a deepwater port on the Yangtze River. Other terminals include Coal Branch (coal and sand and gravel), Zhangjiagang Company (steel and iron), Baoshan Terminal Branch (general cargo and bulk), among others.

Congestion at Shanghai's port has been much-reduced thanks largely to the Port of Ningbo. Zhejiang, China's second-largest province, exports all its goods through this port, located in the middle of the Chinese coast south of Shanghai. The port's combined handling capacity of 17 million TEUs in previous exercises results from its merger with the Port of Zhoushan. Ningbo, Zhenhai, Daxie, and Chuanshan are some of the ports served by the 309 berths and five terminals that make up this massive port complex.

Due to Hong Kong's legal system, which is distinct from China's, the Port of Hong Kong serves as a prominent gateway between Asia and the Western world, facilitating the flow of all cargo whose paperwork could potentially conflict with Chinese authorities.

The Deepwater Port of Shenzhen is located south of the Pearl River Delta in Guangdong province, running along the coast for 260 kilometers and divided into East Port and West Port. There are 39 shipping companies based in this port, which has helped it become one of China's most important, and its planned merger with the Port of Hong Kong will make them the world's first seaport.

Located south of the Shandong peninsula, Qingdao Port is China's and the world's largest port for iron and petroleum cargoes. The Qingdao Port Group runs the port. It is considered one of the ten biggest ports globally, with over 400 million tons annual cargo volume.

The island of Xiamen, which is part of Fujian province and directly across the Taiwan Strait from the Port of Xiamen, is home to the port. It was one of the first seaports in the country to allow for foreign trade after the Communist Revolution helped it establish itself as a key port traffic hub. It is one of the main ports used for sea freight from China to USA.