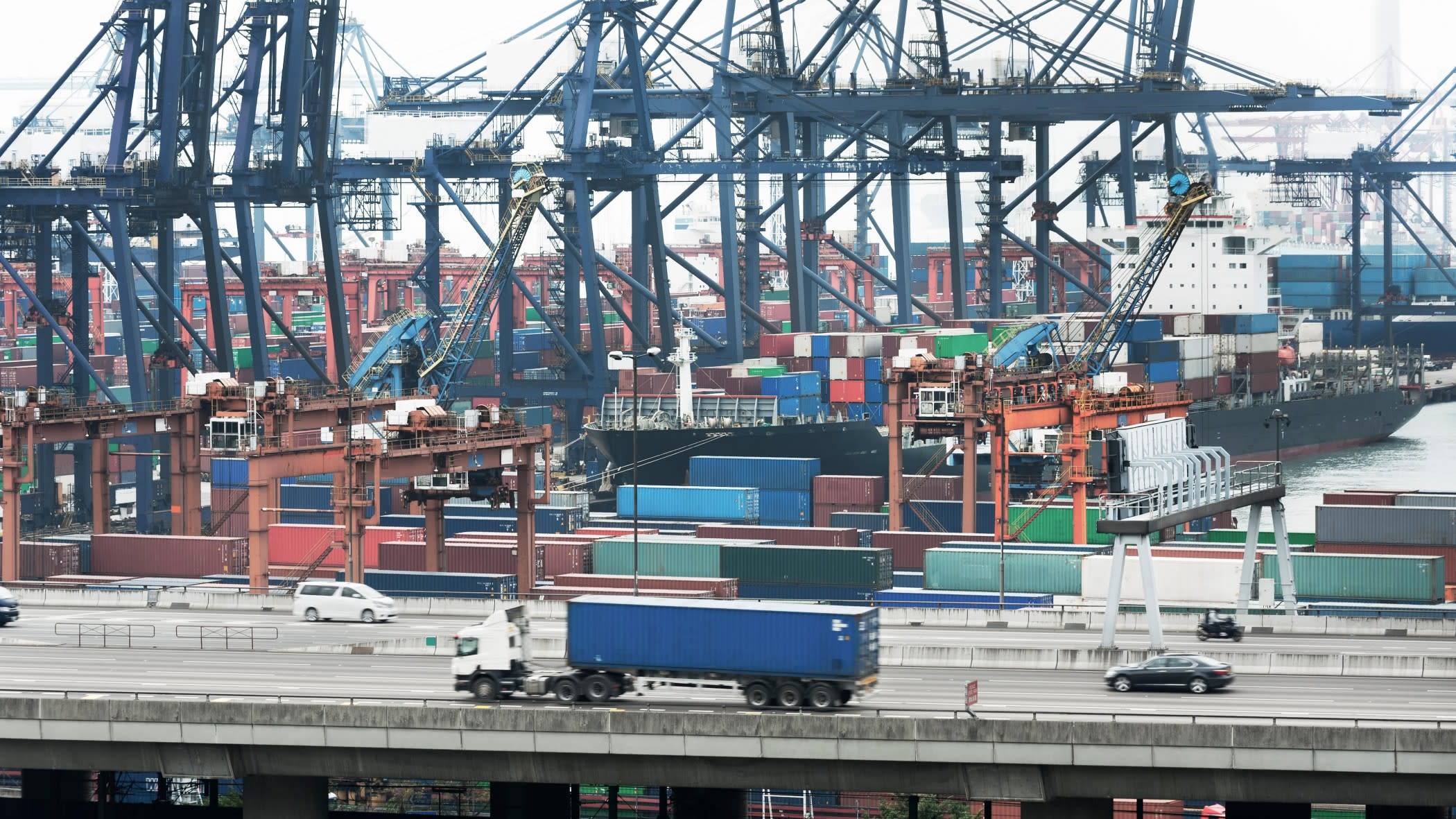 Ports play significant roles in world trade since the shipping industry is one of the major sectors of the economy. With many people shipping goods overseas, ports have become very busy. The ports with the most container traffic are discussed below.

The Port of Shanghai was opened in 1842 as a treaty port and was operated by Shanghai Port Authority. In 2003, Shanghai International Port Company Limited took over the management.

Currently, there are about 2223 vessels at the Port of Shanghai. 70% of the shipping vessels are cargo vessels, 12% are container ships, 3% are tankers, 2% are fishing vessels, and 1% are bulk carriers. Some of these vessels are Xue Long, Morning Lady, Cornelia Maersk, Morning Linda, Vermont Trader, MSC Toronto, CMA CGM Berlioz, Maersk Savannah, Ever Ulysses, Hyundai Mars, Lurline, Ever Utile, MSC Lily, Actuaria, Prestige, and Manulani.

The Port of Shanghai has three harbor zones:

Before the Port of Shanghai was named the world's busiest container port, the Port of Singapore was the top. Since then, the port of Shanghai has been the second-busiest container port in the world, with a container throughput of 37.2 million TEUs. It is located on the southern end of the Malay Peninsula at coordinates N 01° 15' 33.71" - E 103° 45' 16.01". This port was established in 1896 and is managed by the Maritime and Port Authority of Singapore. It has access to 600 ports in over 120 countries.

The Port of Singapore has two major commercial terminal operators:

Every year, about 130,000 vessels call at the Port of Singapore. There are more than 1000 vessels at this port. This port accommodates vessels of all types such as container ships, ro-ro ships, cargo freighters, coastal trading ships, lighters, and bulk carriers. The ships at the Port of Singapore include Nimble Leopard, Pacific Spirit, ES Aspire, Hydropro 6, QSA Purari, Nautical Baltic, SC 4409 E, Yew Choon 8, Eagle Bay, and J C Marine 44.

Located in Shenzhen, China, the Port of Shenzhen is one of the largest and busiest container ports in the world with a container throughput of 27.7 million TEUs. It lies at coordinates N 22° 30' 16.19" - E 113° 51' 12.60". This port hosts 40 shipping companies that have launched 130 overseas container lines. It was established in 1980 and is owned by Shenzhen Government.

In terms of cargo tonnage, Ningbo Zhoushan is the busiest port in the world. In 2021, this port had a cargo throughput of 1.22 billion tonnes. It is located in Ningbo and Zhoushan, Zheijiang, and lies at coordinates 29°56′N 121°50′E. This port was established in 1738 and is managed by Ningbo Zhoushan Port Company Limited.

Ningbo Zhoushan Port has a container throughput of 26.4 million TEU. This ranks it the fourth busiest container port in terms of container traffic. This year (2022), the port has experienced growth as it continues to expand its facilities.

The port of Guangzhou is located in Guangzhou Province, China, at coordinates N 23° 05' 07.79" - E 113° 25' 30.01". It was established in 2004 and has become the leading seaport in Guanzhou City. Guangzhou is actually the leading comprehensive hub port in South China. It has a container throughput of 21.9 million TEU. This port is owned by the government and managed by Guangzhou Port Group Company Limited. This company is in charge of the following activities.

Guanzhou Port lies between three rivers: Xinjiang, Beijiang, and Dongjiang, at the Pearl River Delta. The port is, therefore, the most important transportation and economic center in Guangzhou Province. The port of Guangzhou is made up of 133 buoys, 4600 berths, and 2359 anchorages.

The Port of Guangzhou has the following terminals:

Located on the southeastern tip of the Korean Peninsula, the Port of Busan is the largest port in South Korea. It lies at coordinates 35°04′42" N, 129°01′01" E. In terms of container traffic, this port ranks sixth worldwide with a container throughput of 21.7 million TEUs. This port was established in 1876 and has kept growing due to its strategic location. The main reason for its development was to make it easy for South Korea to carry out maritime trade with China and Japan.

The Busan Port Authority is in charge of developing, managing, and running operations at the Port of Busan. The port has various facilities. These facilities include six container terminals, an international passenger terminal, and four modern ports. These ports are:

The container terminals at the Port of Busan are:

This is a seaport located on the Kowloon Peninsula, South China Sea. It has 24 container berths, a quay length of 7694m, and it occupies 279ha of area. This port ranks seventh in container traffic as it has a container throughput of 19.6 million TEUs. Every year, this port handles an average of 456,000 vessels.

The Port of Hong Kong is managed by the Marine Department of the Government of the Hong Kong Special Administrative Region. This department is mainly in charge of controlling and monitoring the movement of ships. It also manages three container terminals and eight cargo working areas. The port hosts 14 government departments and 795 vessels.

In terms of facilities, the Port of Hong Kong has nine container terminals established in three areas (Kwai Chung, Stonecutters Island, and Tsing Yi). The companies that are in control of these companies are:

Established in 1892, the Port of Qingdao has grown to become one of the busiest ports in the world with a container throughput of 19.3 million TEU. It is located in the Yellow Sea, Qingdao, Shandong Province, China, and lies at coordinates N 36° 03' 23.79" - E 120° 19' 12.27". This port is owned by the Qingdao Qianwan Container Terminal Company Ltd and managed by the Qingdao Port Authorities. It consists of 34 major ports and over 2000 minor ports.

The Port of Qingdao comprises the following port areas:

In 1860, the Port of Tianjin was established in Tianjin, China. This port is owned by Tianjin State-owned Assets Supervision and Administration Commission and is currently operated by Tianjin Port Group Limited. It lies at coordinates N 38° 58' 08.54" - E 117° 44' 14.13". This port ranks ninth in container traffic worldwide, with a container throughput of 16 million TEUs.

This port has anchorage areas whose functions are:

Some of the activities at the Port of Jebel include:

This port has three terminals, which are: