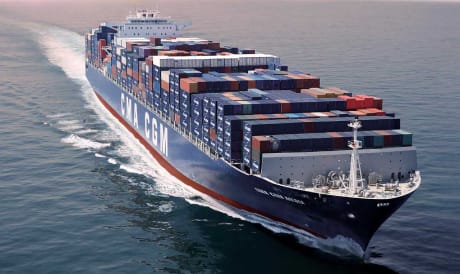 Despite the pandemic, deals for dry bulk carriers managed to reach over 500 during 2020. According to Intermodal, excluding sale and leaseback, slightly over 500 SnP dry bulk deals took place during 2020, approx. the same number as in 2019. The average age of the fleet transacted was approx.11 years old. Japanese units were responsible for approx. half of the total Dry Bulk Acquisitions However, the Greek and Greek based buyers prevailed in more than 35% of the transactions. Once again, geared vessels transactions stood out (approx. 60% of the deals). Also after a prolonged period of subdued interest in Capesize, the sector revived towards the end of the year. Capesize deals in 2020 have ended up more than double compared to last year. However, 50% of the transactions concentrated in the 4th quarter of 2020.

According to Mr. Nassos Soulakis, despite Covid-19's continuation, widespread vaccinations and economic stimulus hold optimistic outlook for next year. Below is an analysis of the Intermodal per ship class.

HANDYSIZE. A total of 138 deals materialized in this sector, with an average age of 11.7 years old. Overall, interest in Japanese built vessels prevailed, consisting of approx.61% of the total transacted units. However, more than 40% of the buyers were Greek and/or Greek based.

SUPRAMAX/ULTRAMAX/HANDYMAX. A total of 196 deals materialized in this sector, with an average age of 11.0 years. verall, interest in Chinese built vessels prevailed, consisting of approx. 42.0% of the total transacted units. However, approx. 29.0% of the buyers were Chinese, followed by Greek and/or Greek based buyers at 22%.

ULTRAMAX – total of 41 deals (21.0%). A 60%-40% split between Chinese & Japanese yards with most of the units sold between 2015-16. Main Sellers here were Scorpio with 18 confirmed deals & 9 deals from Japanese Sellers. Greeks with 11 deals & Omani with 6 deals were the hottest Buyers for Ultra this year.

HANDYMAX – total of 17 deals (8.7%). Vast majority of the units on the Handymax sector is Japanese. Main source of tonnage for sale were Greek owners with 6 out of the 17 units & Taiwanese being second with just 3 units. Main Buying interest came from Chinese & HK based owners at 4 units each.